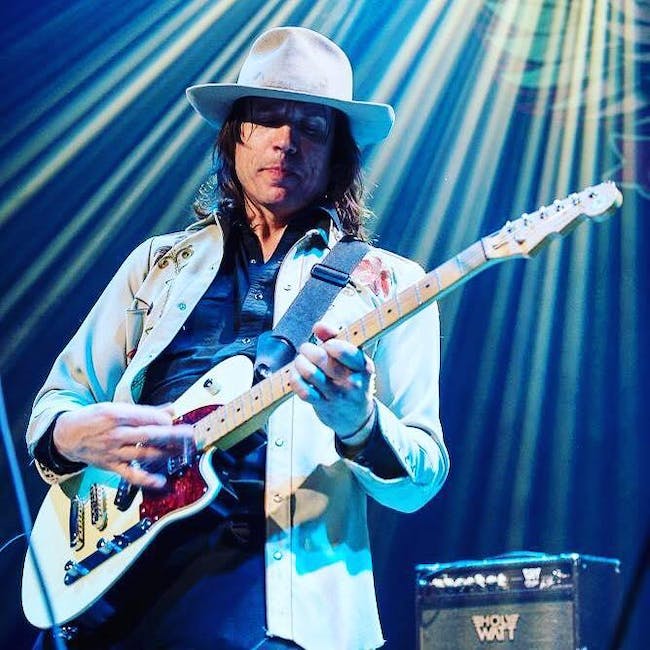 iCal
Google
Ian Moore is back at River Road Ice House ! Join us Saturday, November 2 for another unforgettable evening with this amazing talent.

Coming on the heels of Strange Days, his most successful record since his eponymous debut and despite a never-ending cycle of touring, Moore offers a new record of bright, blazing rock-nroll that combines his legendary guitar prowess with radio-friendly songs that showcase his elastic, soul-inflected vocals. He also founded the artist’s healthcare alliance SMASH (Seattle Musicians Access to Sustainable Healthcare) and has joined the board of NARAS for the Pacific Northwest as governor and head of the advocacy committee.

As always, Ian has his eyes on the challenges faced by musicians of every stripe, having experienced the spectrum of artist successes and tribulations over a nearly 30-year career. “Its a very different climate right now. When we hit a city, it doesn’t matter that i have 14 records, radio hits, etc. The only thing that matters is if we can really show up and leave the people feeling they saw something amazing. Its keeps me hungry, and i like the challenge” says Moore.

You might have been surprised to hear Moore’s songs popping up on major network shows on prime time television this past year; several selections were prominently being featured as performances on both American Idol and The Voice (“Satisfied” and “Blue Sky”).

Moore’s story is often told and probably familiar to most critics; his initial record on Capricorn propelled him to national tours with the Rolling Stones, ZZ Top and Bob Dylan, acting in the acclaimed indie feature “Sling Blade,” and having Ice Cube direct the video for his track “Harlem.”

Moore deviated from his initial blues-oriented guitar sound on subsequent records, touching on graceful pop songs and the psychedelic as well as British pub rock and deep Americana. The Toronto record and its 6 tracks represents those influences in such a way that they have in

formed his songwriting, but is likely more recognizable as a strong collection of the kind of guitar rock his core fan base would respond to immediately.

New discoverers of Moore’s live shows and last few records are coming on board every day, as his live shows have graduated once again from barrooms to bigger stages and warmer rooms, despite a blustery big stage headlining appearance this past New Years Eve at Auditorium Shores in Austin. Moore delivered in gloves and muffler, despite snow and 27 degrees (In Texas!) On the triumphant “You Gotta Know My Name,” Moore lampoons rich, entitled hipster kids. “They get their marching orders from Pitchfork and fill their brains with coke and MDMA, looking for soul and depth,” Moore explains. “The chorus is a way of claiming my space as a person that has been slogging it out, in and out of fashion for most of my career, with a deeper sense of music, style and substance than the people that might quickly write me off.”

The anthemic “Lords of the Levee” is a contemporary, relevant take on the atmosphere of the U.S. right now. “It’s an attack on group thought,” Moore says, “which is most typically shrouded in God and country, that allows people to do some really terrible things. I wrote it about the Alabama voters rights act, and how the people that opposed it used both God and country to justify their abhorrent behavior.” It captures Ian’s blistering live sound probably better than any recording he’s released in recent memory.

The catchy, propulsive “Looking for the Sound” is a play on the record title “El Sonido Nuevo,” which he wrote with his last group, the Lossy Coils. “It comes from a Mighty Boosh skit, but the gist of the song is about what it is to be a touring musician, trying to build soul and culture, still believing the same things I believed when I was 18, and looking for open hearts and minds to feel it.” 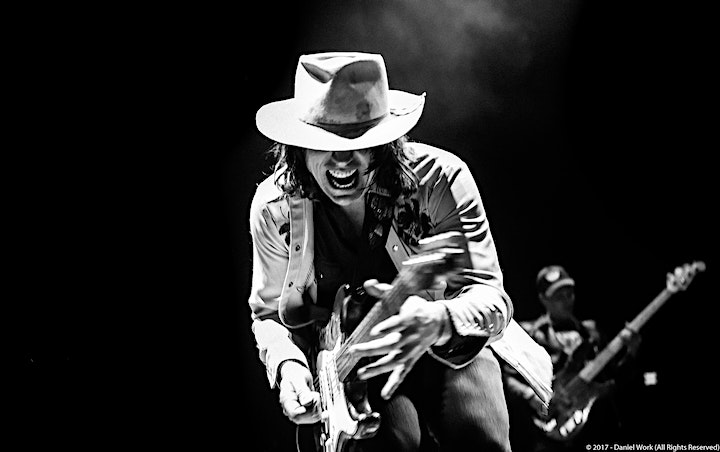 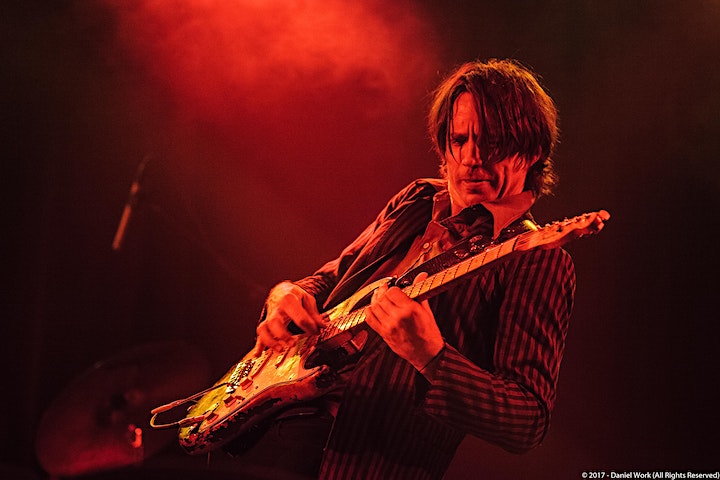 Nestled somewhere between the beauty of love and the turmoil of chaos comes the unique sound from Texas artists and long-time co-collaborators, AJ Vallejo & Kendall Beard.

Both artists on their own, have quite an impressive resume of experience in the music world. AJ fronting his heavy-touring Sony recording act Austin rock band, Vallejo for over a decade touring with the likes of everyone from The Black Crowes, Matchbox 20, Stone Temple Pilots & Blues Traveler, and Kendall enjoying national success as a finalist on Season 8 of Fox's American Idol as well as her own solo career.

AJ , being voted 3-time Producer of the Year at the Austin Music Awards, teamed up with Kendall after her Idol stint recording her 2 full-length albums. The studio relationship during that period proved to be so fruitful that the powerful songwriting duo came together as a duo project to create something new with an undeniable chemistry that carries over into each and every song.

On their debut EP Love & Chaos, AJ & Kendall bring different styles to the table and somehow manage to consistently find middle ground as they create fresh & exciting music together. Their first single/video Ready For War mixes a funky backbeat groove w/ big harmonies, while their second single Wildflower (co-written w/ TX friend, Willy Braun of Reckless Kelly) swings Americana & roots-rock together effortlessly without sounding contrived. Chase those songs down with the destructo-comical Drive Me To Drink and you have one mean mixed buzz of guilty musical pleasures that clearly show the duo's vast list of collective influences.

Their upcoming full-length debut album Bless Your Idiot Heart (due Fall 2019) chocked full of radio-ready gems like the title track & Back To Good show strong promise already enjoying heavy radio play in their Texas home state. AustinLive calls the band "Texas' musical Bonnie & Clyde, burning up stages one show at a time with their fiery, fun rollercoaster ride of songs about love, pain, sarcasm & hope...this band has to be seen live to #embracethechaos..." 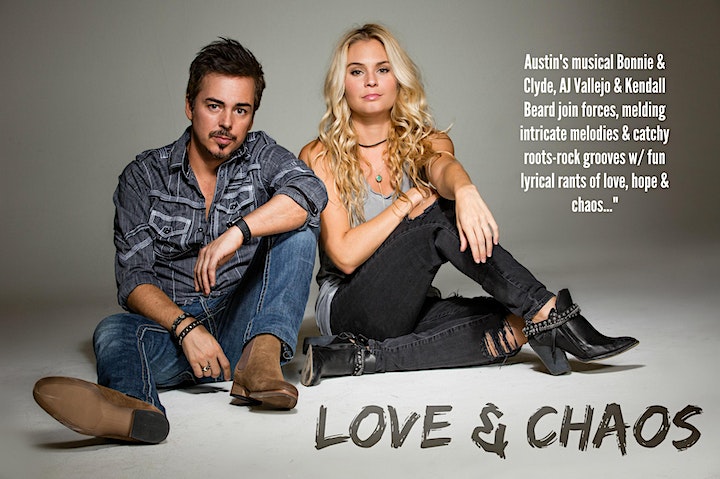 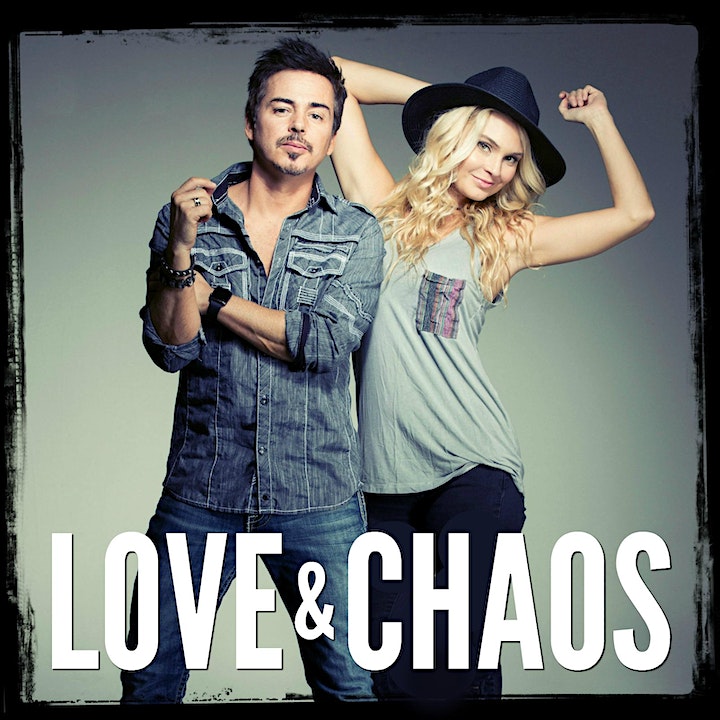