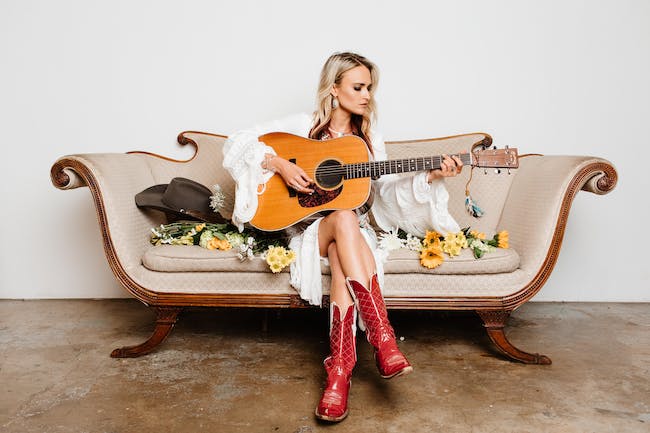 Psssssst...Teachers use code WELOVETEACHERS for a $4 discount on each general admission ticket!

In My Defense, is a collection of ten carefully crafted songs that give her fans an inside peek of how this girl chasing a dream for over fifteen years, has blossomed into the woman living those dreams.

As the record kicks in, haunting, echoey guitars set a tone of where the listener is going to go. “Asphalt & Concrete,” the first song on the record, paints a picture of a desert girl cutting loose and losing a bit of herself in the big city. Bri soars vocally as she sings, “Well I’m into sunsets and I love the sand, but I wasn’t myself in a disrupted land, with buildings and people and too many drinks in my hand.” Bri is constantly flirting with the lyric as she tussles, barefoot on the streets of Austin.

“If you were a Cowboy” follows and is the slated as the first single releasing to radio and streaming outlets. A hard driving, sexy, mid-tempo tune with just enough attitude, it gives listeners a resume of what it takes to capture a confident, hard-working woman’s heart. Bri explains, “This is the only song on the record I didn’t write. It wasn’t my intention to cut outside of my craft, but my producer Rachel Loy played me the song, and I instantly looked at her with ‘I-have-to-have-this’ eyes.” As this female anthem drives, “if you had real dust on your boots, the kind that’s passed down from your roots, I bet i would fall for you, if you were a cowboy,” every woman feels the need for a strong, hard-working man, but she also has no time for anything inauthentic.

“I am so proud of the record we have created, no matter how cliché that sounds. I have put everything I have, and every dollar to my name creating this record for myself and my fans. I truly believe it is the best record I have ever released, and the pressure I felt to create something great pushed me to the max. I embraced it. I can’t wait for everyone to hear it.” With songs like “Cheat on Me,” (a co-write with Courtney Patton), “Graffiti,” “Ring a Bell” (co-write with Jody Booth), and “I Can’t Be Lonely,” each song takes on an autobiographical life of its own, but comes together in a cohesive image of the woman that sings them. “Rachel and I spent countless hours, concentrating and obsessing over every lyric, every melody… we tore apart and reconstructed anything necessary to make sure everything was exactly what the song truly needed. I think you can feel the work we put in when you listen to it.”

The CD’s last song, “Empty Chairs,” will strike a chord with her friends, peers, and mentors as a songwriter’s lament. Bri sheds light on the constant struggle that every touring musician battles: the rollercoaster of how live show attendance, record sales, and ticket counts are the benchmark of how performers are judged in this business, and the toll the size of the audience can take on their heart each night. It’s a song that lets the listener see inside of Bri’s dream, and how important each set of ears is to her. Naturally, doubt can enter one’s mind in any given situation; Bri shares how faith in her dream can at times be a struggle, despite her gratitude and obvious trust in the path God has chosen for her. She beautifully sings, “I’m grateful, but if they only knew, what’s behind three chords and the truth. They only get to see me at my best, but I’ve been cursed and I’ve been blessed, by the answer to my prayers. It’s hard to beat the thrill of a high, when I play a sold out night and feel like God has put me there. But Lord are you still with me, when i see Empty Chairs”. Simple, yet masterful in its message. 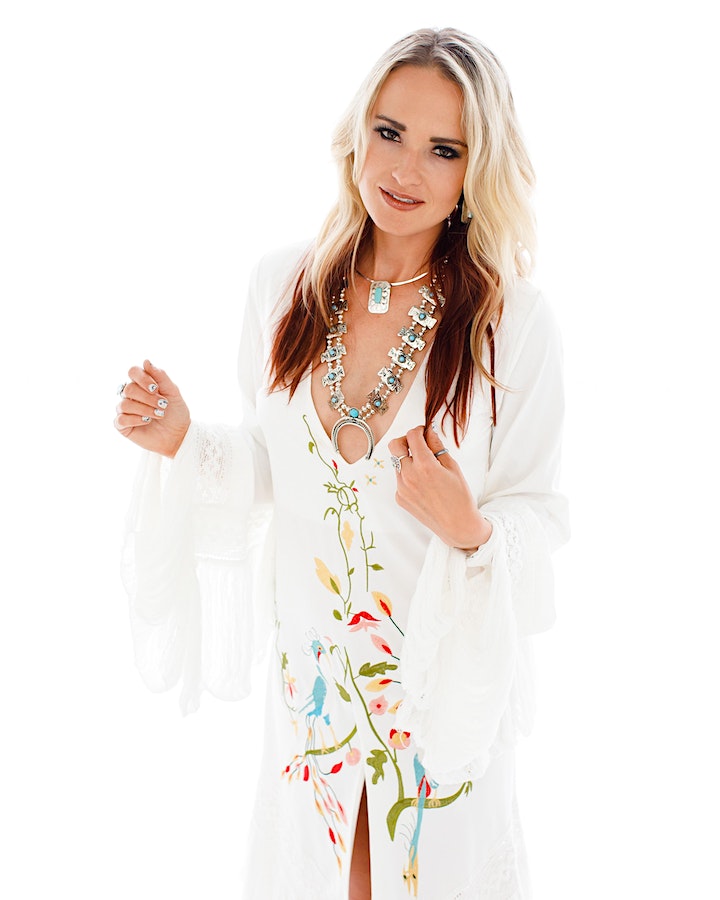 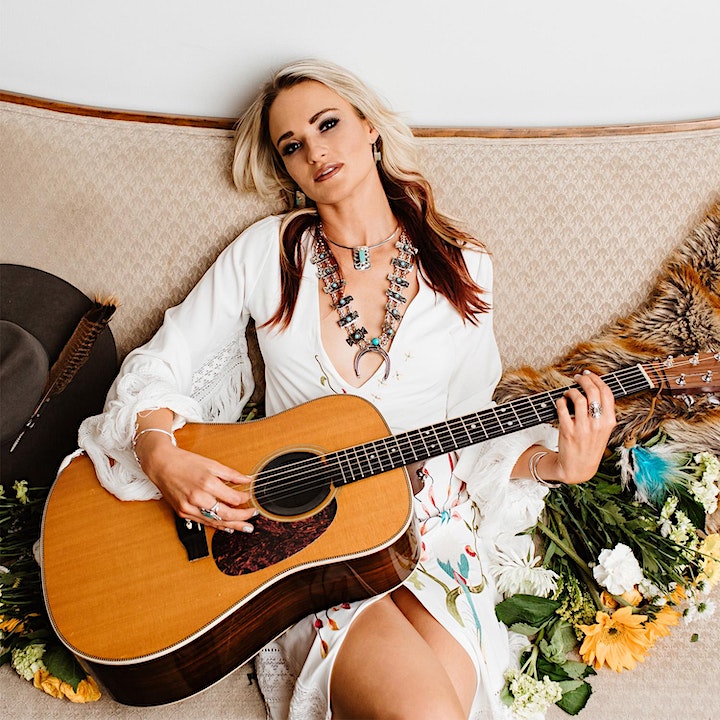 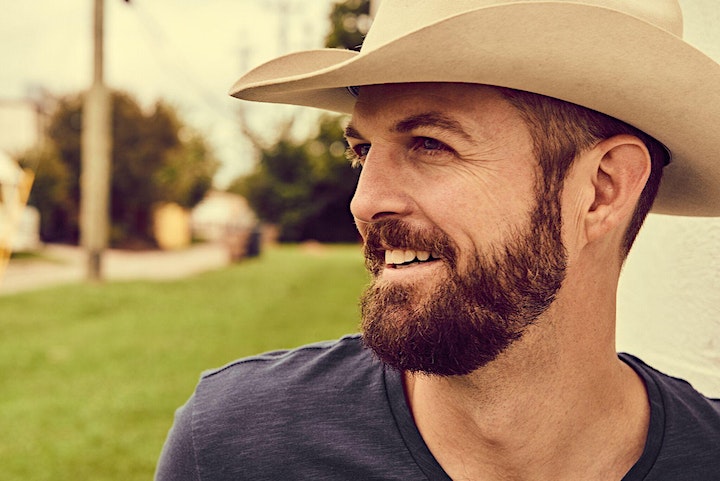 “The hardest thing for people to admit about themselves is that they’re going to change,” says Josh Grider. The country stalwart knows, because he’s done it himself. When you release eight albums, tour the country and abroad, sign publishing deals, top the Texas radio charts, and start a family all in just over a decade, you’re going to come out different than when you went in.

And most people will tell you it’s not about the destination, it’s about the journey. Grider even explored that theory to great success on his 2012 EP The Gettin’ There, which produced three No. 1 hits at Texas radio. But if you ask Grider now, he’ll tell you the destination holds a great deal of importance too. Especially when the destination is Grider’s new album Good People.

On Good People, the New Mexico native steps back from the scores of trauma and tragedy scrolling across the bottom of our television screens daily and puts it all into perspective. Not because he wants to preach to listeners — but because he needs to remind himself.

Take the title track and first single, “Good People,” for instance. Grider wrote that song with longtime collaborator Bobby Hamrick and James Slater (who has hits with Tim McGraw and Kenny Chesney, among others). They penned it only a few days removed from a national tragedy.

“We wrote ‘Good People’ the week after the shooting in Dallas that killed all those police officers,” Grider says. “I was in Nashville, up from Texas, and James and Bobby wanted to know how people were reacting. And I told them how much it pissed me off that every time one of these people go off, they get all the press, and scare everybody half to death. But the next morning you walk outside and see neighbors helping each other out, and people generally being good to each other. There are so many good people out there. I’m not saying there aren’t awful ones too. But man, they are so outnumbered.”

It’s a theme that weaves throughout the record with stark honesty. Redemption. It’s not that life is all tailgate parties and careless summer nights (none of which you’ll find on Good People). It’s that, to paraphrase the album’s second track, more and more, the bad times hurt less and less. “I’m not all the way better,” he sings. “Just better than I’ve been.”

Speaking of honesty, one listen to “Sex And Alcohol” and it’s not hard to draw parallels between Grider and artists like Kacey Musgraves and Steve Earle. All three champion irony and tread uncomfortable gray areas with aplomb. Grider just happens to do it with a smooth neo-traditional baritone to rival Joe Nichols and melodic hooks that, when they hit you just right, feel timeless on first listen.

Grider kept this record close to the chest. For the first time since 2009, he had complete control in how it was made and who he made it with. The aforementioned Bobby Hamrick helmed production duties and co-wrote six of the 11 tracks with Grider, who also wrote songs with folks like Randy Montana and Barry Zito — yes, that Barry Zito, the former All-Star Major League Baseball pitcher. All in all, Grider co-wrote nine of the 11 songs, choosing to also include a song from his friend and fellow artist Drew Kennedy.

Hamrick and Grider recruited some of Nashville’s finest players, like drummer Fred Eltringham (Sheryl Crow, The Wallflowers) and guitarist Audley Freed (Dixie Chicks, The Black Crowes) and recorded at the historic Sound Emporium studio in October 2016 and March 2017.

Grider paid for the record himself after a successful crowdfunding campaign, which allowed him to get extra personal, both with fans — half of the album’s funds came from fans requesting house concerts — and with how he approached the album. It allowed him to record the gospel traditional “God Be With You Till We Meet Again” in honor of his late grandmother and recruit his wife Kristi to provide gorgeous harmonies.

In other words, there’s not an inch of this record that isn’t a true representation of Grider as he is now. A true picture of where his has journey taken him up to now, good, bad and all.

And yet, despite all his successes so far, Good People, which comes out Spring 2018, is the beginning of an entirely new chapter in Grider’s journey. It can be a terrifying time for an artist, but for Grider, it brings a sense of peace. “I’ve never felt this comfortable heading into a release,” he says.

And for good reason. Good People is beautifully understated, warm in delivery, and not afraid to embrace melancholy. It’s the kind of record that could, and should, redefine a career.